Jones from Smokey Mountain Gear Review is one of the few people in the world to have actually shot the 950 JDJ Worlds Largest Rifle! Although there is debate among some gun experts on whether or not the the 950 JDJ is truly the Worlds largest center fire rifle, we side with gun geeks who feel this on is truly the largest. Oh and yes this gun is larger than a .50 cal and larger than the famed T-Rex, been asked that a thousand times. This rifle was originally designed and manufactures after the ATF legalized the round, under certain conditions of course. This particular rifle is one of three produced and weighs in at 50 lbs. and because of the light weight it truly packs a punch. The recoil is greatly reduced on the two rifles produced after, they weigh in at 110 lbs. each. I would highly recommend strapping this rifle down to a shooting sled if you ever get your hands on one, even at 110 lbs this gun will move on you…it’s a cannon.

Several folks have asked why does someone in the video say “lock slowly”? It’s not because the round is unstable as many have suggested, it’s oddly enough due to a hair trigger. This particular .950 JDJ has been set with a hair trigger…the idea behind the trigger…if the trigger pull is to far then many shooters may not have the stones to pull it all the way.  Meaning they might chicken out a pound or two into the pull and ultimately not shoot the gun:) Whether that’s true or not this gun is set to go boom! The rounds are $90 a piece retail and $40 at cost…not a cheap gun to shoot.  Millennium manufacturing makes the rounds and I’m probably could sell someone a dummy round if they wanted…would make a great paper weight and conversations piece.  Ok enough typing watch the 950 JDJ Worlds Largest Rifle in action.  I hate to admit it but this gun cracked a rib, yep, it’s a beast.  Merica. 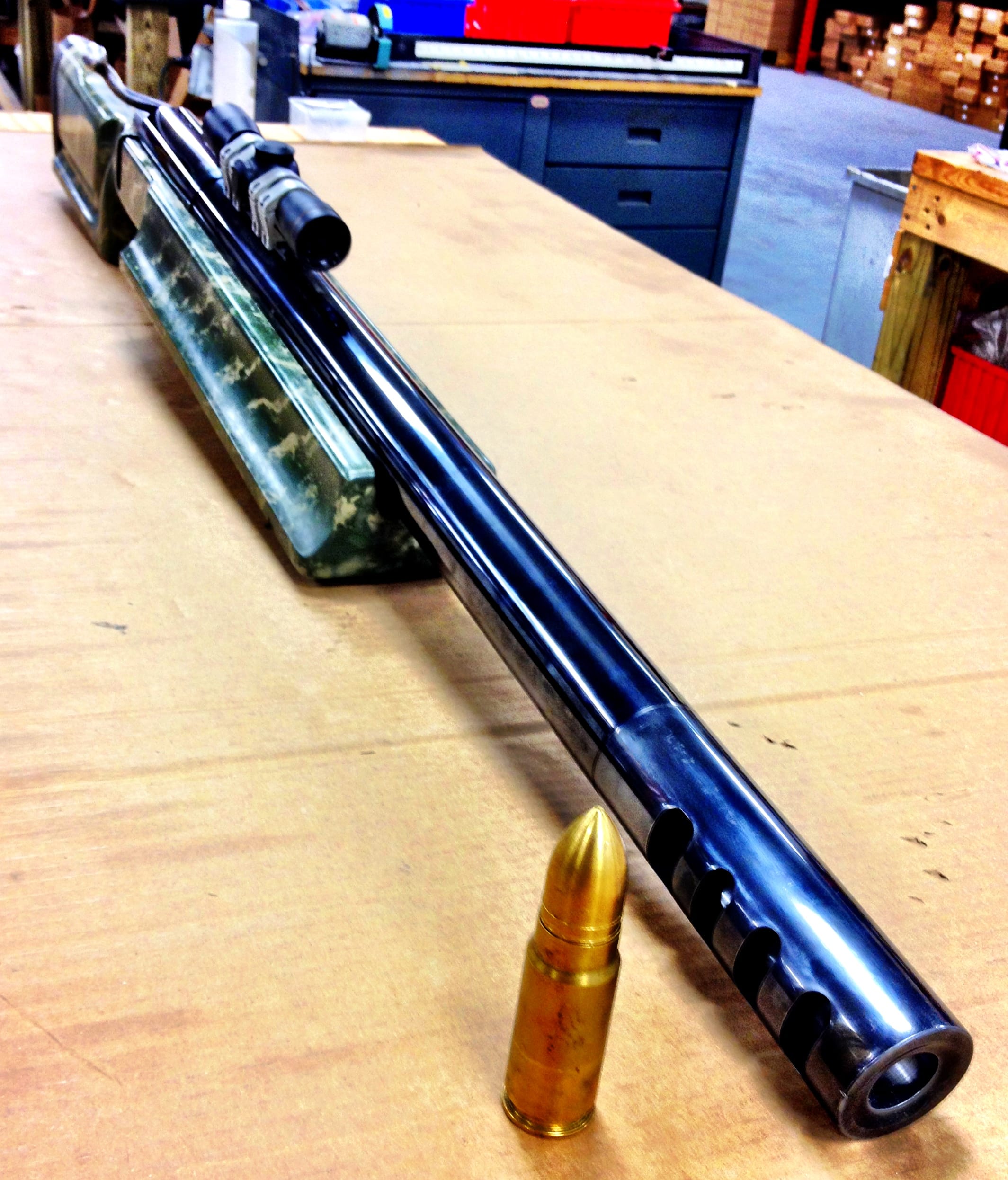 Special thanks to band Calling Glory for letting us use their song “Heartbeat” in our YouTube video. Make sure to connect with Smoky Mountain Gear Review on Facebook for more Reviews!